Young Embroiderers ran very successfully for many years, most recently led by Jess Grady, with the assistance of branch members. Following the decision by the Embroiderers' Guild to dissolve the network of branches, the future of Young Embroiderers is still under consideration.

This is a selection of pieces that were made at an October half term workshop. The aim was to make a selection of autumn or Christmas themed felt decorations. The children practised doing running, blanket and fly stitch - along with pinning and stitching the felt, sewing on beads, bells and sequins and learning how to string together the decorations to make a mobile. A few of the children also created some beaded legs tassels for the sheep and birds 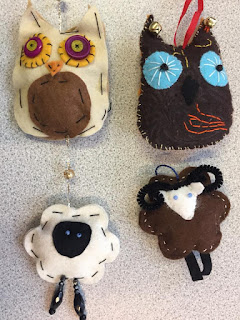 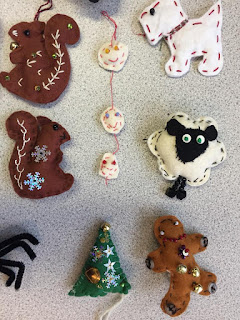 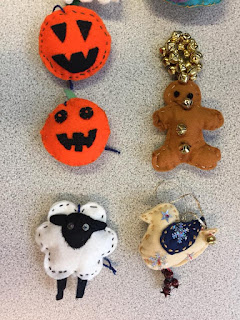 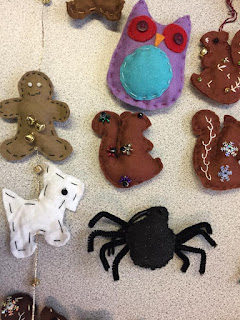 This hanging was made at earlier sessions 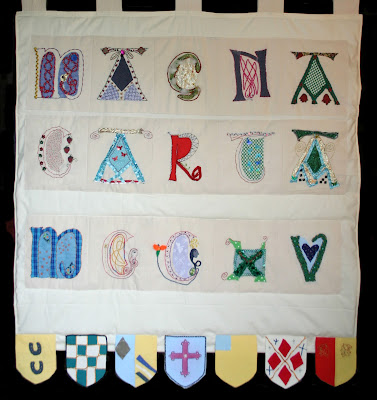 Hanging made by York Young Embroiderers to commemorate the 800th anniversary of the sealing of the Magna Carta.  The children were aged from 6 to 13 years and the techniques used were a combination of applied fabrics, hand-made cords, stitchery, beads and sequins, in fact almost anything that the children wanted to try.