Our speaker this month was Sally Stone, and her talk was about how she became involved in Yarnstorming in Rowntree Park.

She gave us a very interesting history of how Yarnstorming or yarnbombing has developed - decorating public places with knitting, and how she got interested in extreme knitting as a result.


Sally started small, with a yarn bomb of her local post box during the 2012 London Olympics, but wanted to take this further and approached Rowntree Park in York to see if they would stage further events.

With the help of the local community, and the sponsorship of several local stores, Sally and her friends have created amongst other things, displays for the Tour de Yorkshire in 2014 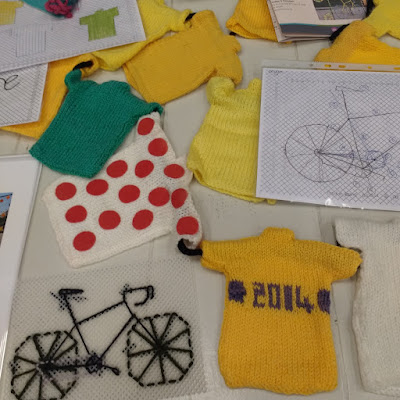 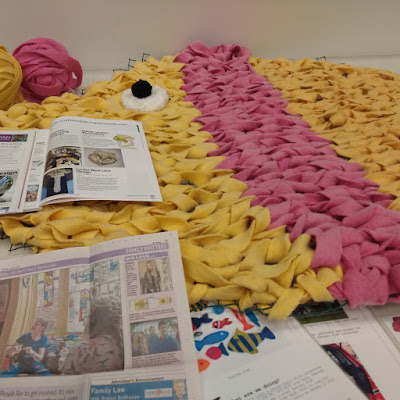 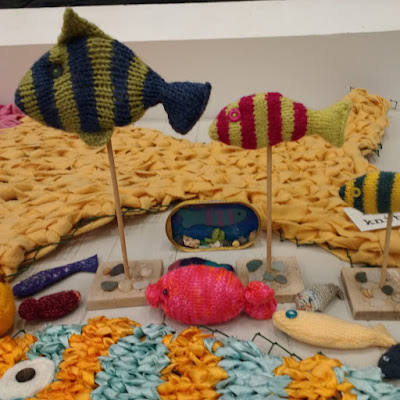 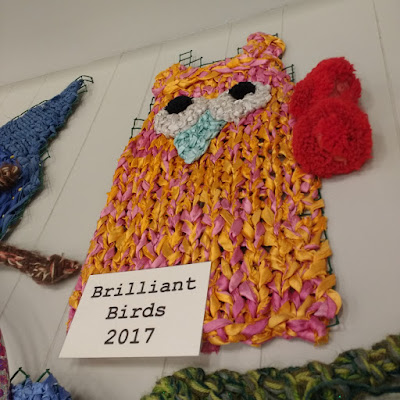 Sally outlined how she approached these projects, creating a set of objectives which included how to get local support, and what purpose the finished yarnbomb would be put to. In these cases, the fish and birds were sold to raise money for charity. It was very interesting to hear how the projects have developed over the years, and the learning curve that has resulted - including how to mount giant poppies on tennis court fencing, and create giant flowers (as a hint - plastic mesh was involved!). 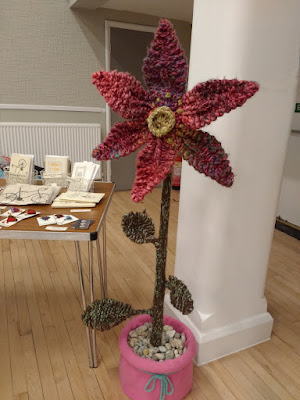 The next meeting is the Christmas meeting. Start time 1:30pm
We will be making small leaf shaped brooches. Materials will be provided, but please bring a basic sewing kit (needles, scissors, sewing thread) and fabric marker or biro. Also bring stranded cotton in autumn shades and small beads for embellishment if you have them.

There will be a morning stitch club including the altered books, and the sales table as usual, but the library will not be open.

The theme for the competition is 'A White Christmas'. There will also be a bran tub and a raffle.