We started off the New Year with a visit from a Georgian lady, alias Alison Larkin from Hull


Alison began with a brief account of the historical context of the period covered, 1714-1830 (or 1837 if one includes William IV in the "Long Eighteenth Century"). Of special note was the Industrial Revolution and the rise of the middle class, together with the growth of the British  Empire and her trading companies. Of importance to costume in particular was the development in printing, and the publication of fashion journals and fashion plates.

Alison illustrated both men and women's costume from the the early and later parts of the period, including the exaggerated Court Mantua (and revealed the secret of how they passed through doors in such a wide garment), up to the clothing worn by the Misses Bennett and the handsome Mr Darcy. The embroidery on all of the costume, of both sexes, was exquisite.

We went on to hear about the project which led Alison to research this period. She is completing a replica of an unfinished waistcoat, embroidered by Elizabeth, the wife of Captain James Cook, which she was making for him during his third and final voyage from which he never returned. The waistcoat, embroidered on tapa (bark) cloth is now displayed in Sydney, and Alison had been granted funding to visit Australia last year in order to conduct her own research. The waistcoat is now almost complete and will be on display at the Captain Cook Museum in Grape Lane, Whitby, from February 16th until October 31st this year. 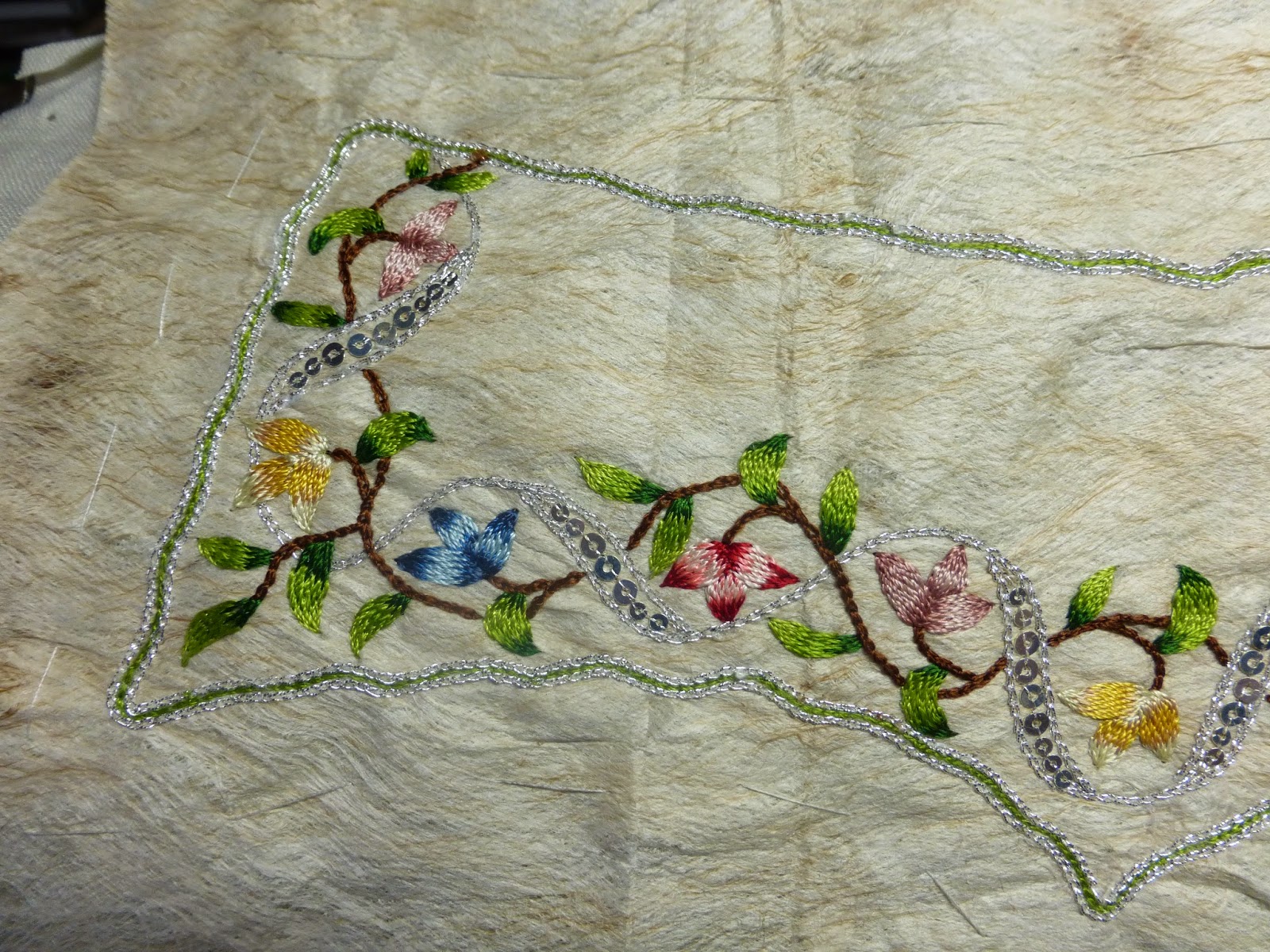 We were also treated to examples of Alison's miniature embroidery. The photos below just do not do it justice. 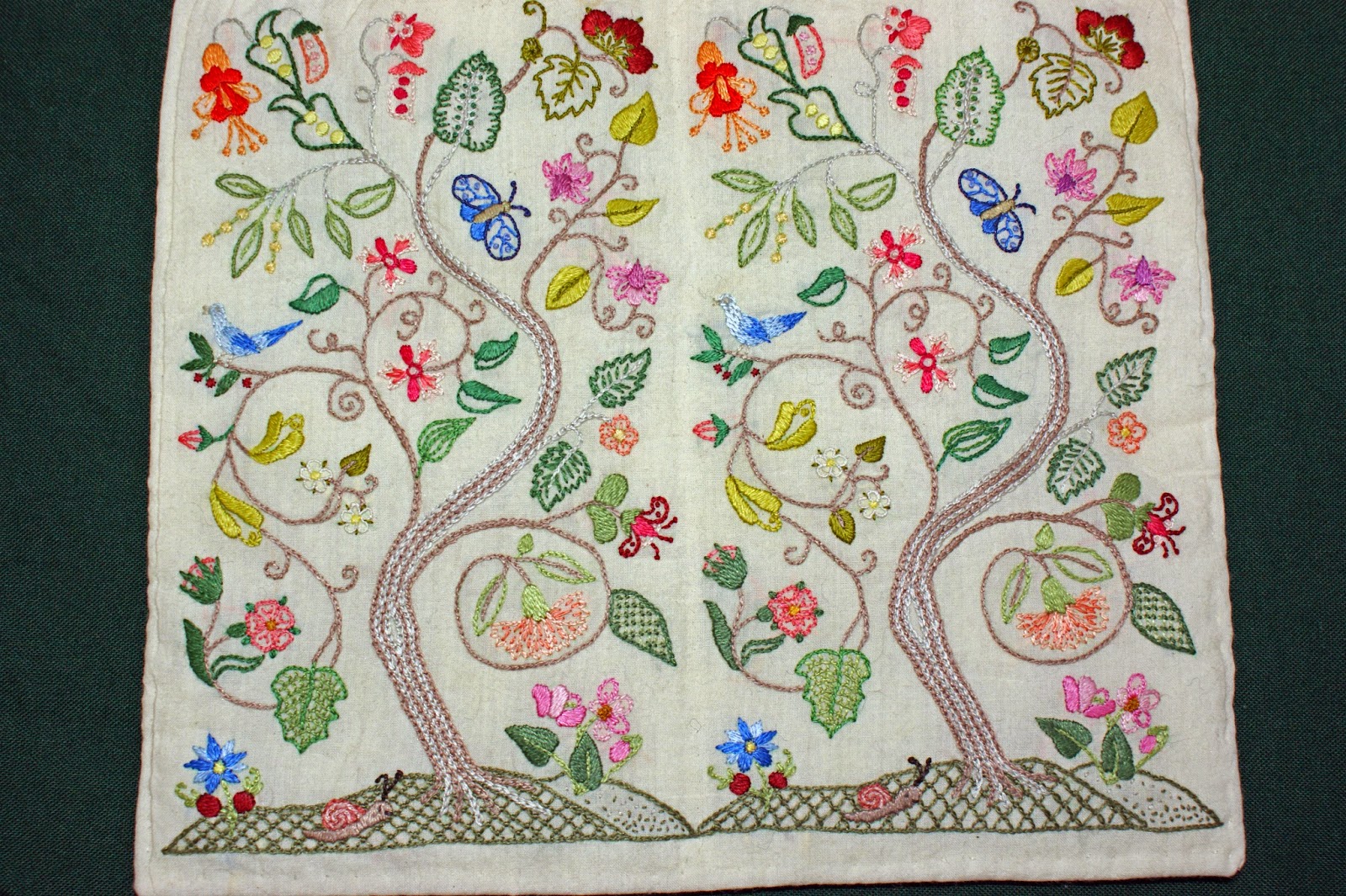 Kath is holding a meeting for all those interested in helping in any way with the exhibition. It is to be held at the Folk Hall on Saturday 17th January at 10.00am, and will be as brief as possible! Many hands make light work!

There was a 25% response to the questionnaire given out to members at the November meeting. These replies contained some excellent comments and suggestions which the committee will work their way through in order of priority.

A letter was read out to the meeting from the CEO Terry Murphy, outlining suggestions for changes to  be made to the Guild in order to make it more sustainable. The full details will be in your next issue of Contact due out at the end of the month. Please read carefully and make any comments to Kath or Shirley who will be attending this year's AGM, where the proposals will be voted on (preferably in writing or Email).

Finally, thank you to all those who bought contributions for variety packs to be sold at the Exhibition. In February we will be collecting any donations in Summer colours